Everyone has opinions, elbows and ways to distort information. The fancy term for the way these distortions unfold is called logical fallacies. Learn to recognize these false representations and you’ll save tons of time when faced with that opinionated troglodyte.

We all generalize and we do it all the time. General statements are easy and concise: “David Bowie wasn’t that talented,” “That drag queen is ratchet,” or even “I think pitbulls are dangerous.” When a general statement is hastily made without evidence to support it. They can unassumingly express poor conclusions, crooked assumptions, stereotypes, or exaggeration.

It’s the lack of ‘sufficient evidence’ that marks this fallacy. It can be hard to catch as there are no clear or agreed upon guidelines for ‘sufficient evidence’. If we look at the previous statements, it’s obvious that there’s nothing substantial backing them up. Many might say Bowie was a legend. It could be argued that I’m being a hater and that queen is killing it. Many people are fighting against the criminalization of pitbulls, pointing the finger at crooked owners.

The takeaway is to treat generalizations just as that, general statements. They are opinion based simplifications meant for the ease of communication.

This is one of my favourite fallacies to see in action. It’s the switch from beefing your argument up to making your opponents argument seem weak a flimsy (like a straw man). The focus in this type of approach is abandoning the context of the argument, weakening and attacking opposing views. Often positions in the opposing view will be distorted or made up using other logical fallacies.

Popular belief says that this approach originated from a news story by English journalist William Cobbett. As a boy he used a red herring, a cured and salted herring (fish), to mislead hounds following a trail. The way that the fish is cured makes it turn a muddy red color and stink incredibly.

Red herrings are all about distraction and misdirection. A position or sentiment will pop up that is vaguely relevant to, but not entirely on topic. They are hard to spot because it can look like an interesting tie in or side note to an argument.

This type of fallacy has a few names,
‘black-and-white fallacy,’ ‘either-or fallacy,’ ‘false dichotomy,’ and ‘bifurcation fallacy.’ No matter the name, this technique severely limits the possible conclusions and represents them in a way favorable to their argument.

“Lady Gaga is the greatest modern diva alive and you just hate pop music,” would be an example I over heard from eavesdropping last night. What!? You can see how the argument is forcing polarization. There are many more opinions that are valid here. people can be indifferent to Gaga but love pop or hate pop but love Gaga. The list goes on. 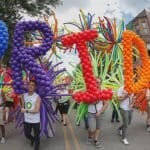 The uncertainty brought by the Coronavirus has affected every aspect of daily life. The yearly celebration of all things LGBT+ is no exception. While festivities will follow a brand new format, there will still be celebrations and acknowledgments. We have come too far and have too much to say for a virus to stop us […] 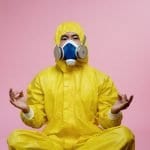 If I told you that you could text a trained volunteer, right now amid COVID’s resource shifting chaos, and get a response within a minute what would you say? I could even throw in that it’s completely free as long as you have a means of texting. It’s called the Crisis Text Line and it […] 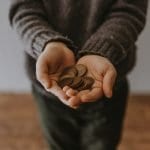